Anybody who loves Tahoe should make their way to the Nevada Museum of Art in Reno before January 10, 2016 for their extensive exhibit, Tahoe: A visual history.  Covering two floors of the museum and more then two centuries at Lake Tahoe, the exhibit brings together the work of over 175 painters, photographers, architects and weavers. It is a fascinating and eclectic collection of Tahoe art, architecture and history.

When I recently visited the museum I was mesmerized. Even though I have lived at Tahoe for decades, there was a lot of fascinating information and art work that I had never been exposed to before. Set aside a good hour and a half to fully enjoy the exhibit, as well as the museum building itself which is a wonder of modern architecture.

What you will find at Tahoe: A visual history:

A 30 minute looped documentary which summarizes the exhibit and Tahoe's history. Start here and it will help you to better appreciate the rest of the show.

The first paintings, photos and maps of Lake Tahoe, including dramatic, although not necessarily accurate, depictions of the lake.

An extensive display of Washoe basketmaking, including a number of pieces from Dat So La Le, the most famous basket weaver of the late 19th century.

Enormous works of art telling the story of how grueling the journey across Donner Pass was in the 19th Century.

An exhibit on the rise of the resort at Lake Tahoe, which shows the history of the Tahoe Tavern, as well as depictions by Ansel Adams, Walter Danforth Bliss, and Frank Lloyd Wright, who prepared detailed drawings of a futuristic community at Lake Tahoe that was never built.

Interesting modern exhibits including an amazing painting by Phyllis Shafer and a enormous globe depicting Lake Tahoe and the words of Mark Twain. Our local Tahoe City Transit Center is even given representation as an example of the best of modern architecture.

The Nevada Museum of Art is open Wednesday through Sunday 10-6 and until 8 pm on Thursday. Closed Monday and Tuesday. 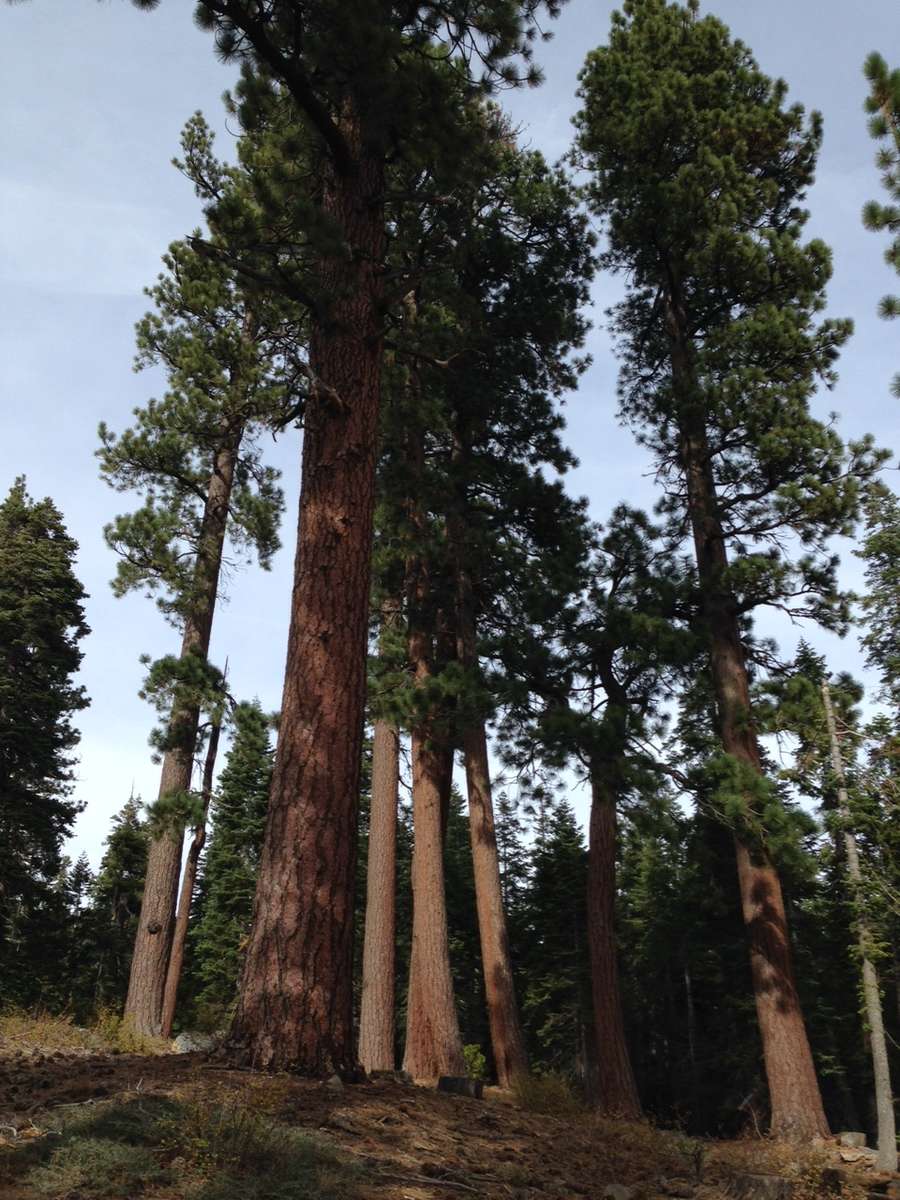