On August 8th, 1863, the land where Tahoe City now resides was surveyed and recorded. The little town was mostly just a good idea in a spectacular location until the beginning of the 20th Century when the sumptuous Tahoe Tavern Hotel was built. In order to build his hotel, DL Bliss first had to build a railroad line from Truckee to Tahoe City to bring in people and supplies, and a pier from which his SS Tahoe steamship could take visitors to other parts of the lake (wouldn't it be nice if it still existed and Sunnyside was a port of call?). Tahoe City grew as a summer resort, and a place where hearty folks somehow got through the winter, until the 1960 Winter Olympics in nearby Squaw Valley. It was then that a number of nearby ski resorts were developed and our little town became a year-round tourist attraction. In the last 20 years, Tahoe City has added sidewalks, walkways and a lakefront pathway making it a walkers dream. Speaking of walkers, long distance hikers find Tahoe City to be a perfect resupply point as the 170 mile long trail reaches it's low point at the Truckee River in Tahoe City. 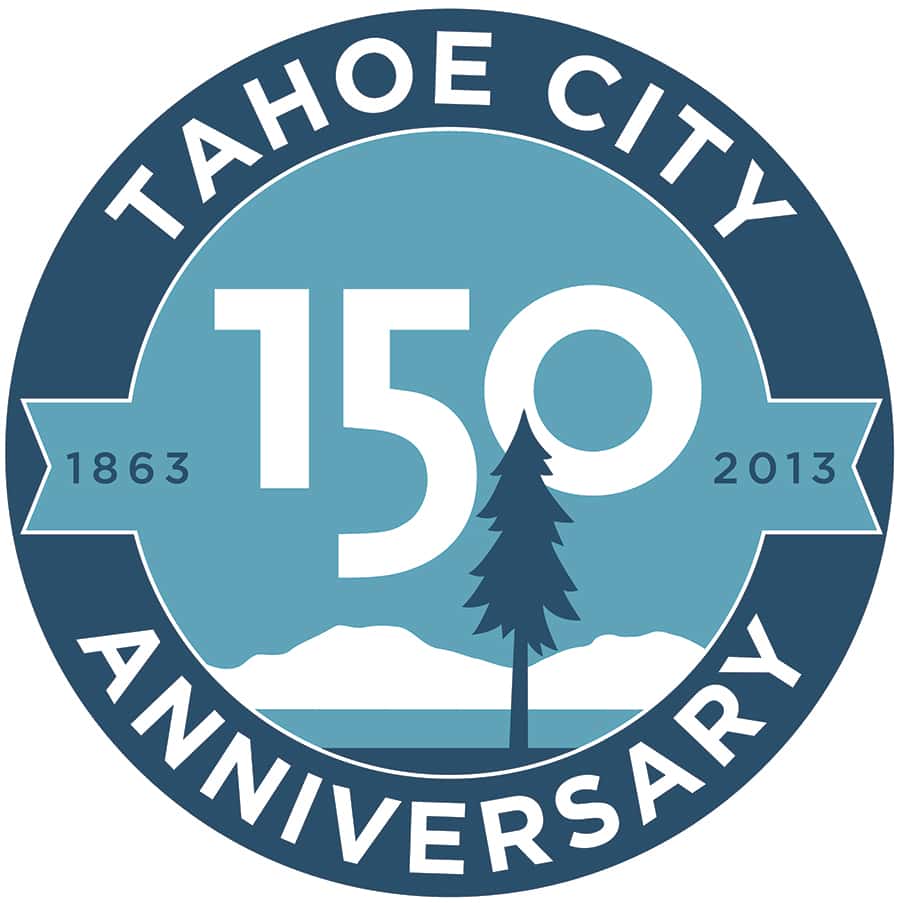 A series of events will celebrate Tahoe City's 150th Anniversary. Make plans to join in the festivities:

August 30th: There will be a 100th Anniversary celebration of the construction of the Truckee River Dam to include a Speakeasy Pub Crawl, with a kick-off reception at the Heritage Plaza and Watson Log Cabin.

August 31st : Join a guided historical walking tour of Tahoe City which will be led by a colorful cast of local characters.

September 1st: Spend your day of celebration in Tahoe City. Begin with the town pancake breakfast on the Commons Beach, followed by a group paddle as part of the Judge Vernon Honeymoon Paddle Tour. Be sure and arrive back at the beach by 2 pm for the town photo, and finish up your day with a concert on the beach.

Event times, details and locations are still being finalized, so go often to www.tahoecity150.com for the latest info.